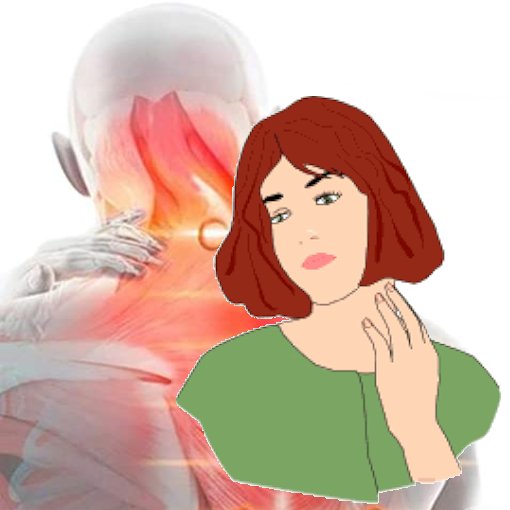 A neck herniated disc may produce symptoms in a localized area or may cause pain, tingling or numbness which radiates into the shoulder, arm into the hand and even fingers. This depends on how the disc is herniated and its location. 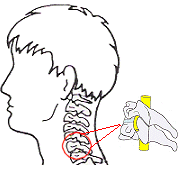 The disc provides cushioning for the bones of the neck and is situated between each spinal bone, providing adequate spacing for the nerves to exit without any interference. The nerves are extensions from the spinal cord, just as the spinal cord is an extension from the brain.

Each disc in the neck provides support while allowing motion as the bones pivot on the disc between them when you bend or turn your head. When there is no herniated disc in the neck, the inner portion of the disc is soft, acting like a ball bearing, and an outer part which is like cartilage.

Unlike a herniated disc in the neck, a normal disc produces normal motion of the head and neck. Since the disc has no blood vessels, it gets its nutrition and rids of waste materials through motion, acting like a pump when you turn and bend your head.

The disc can become altered from conditions like disc degeneration or damaged as a result of an injury to the neck, as in whiplash. Under these conditions, a disc may bulge out, like pressing down on a hamburger and seeing the insides push out. By pushing out, this may place sensitive nerves under pressure and cause problems ranging from a sore neck, pain between the shoulders, pain that sharply radiates into the arm and hands or even chest pain.

With compression of the nerve, you may feel a muscle twitch, spasm and even feel the muscle getting weak. Muscle spasm may occur to help provide protection for the nerves irritated by a neck herniated disc by preventing excessive motion, called guarding.

In this picture, the view is looking down at the disc and we can see that the neck herniated disc is pushing out and contacting the sensitive nerves. This may cause a pinching of the nerves in the neck, causing symptoms.

The disc is in close proximity to both the nerves and spinal cord, leaving them vulnerable to pressure from a bulging or neck herniated disc. With bulging of the disc, more local neck pain is often seen, while a herniated disc usually will cause more radiating symptoms and inflammation.

As this happens, blood vessels will form around the disc to allow the white blood cells access to help clean it up. This can provide a mechanism for bacteria to enter the neck herniated disc, resulting in painful Modic 1 changes which are seen on MRI films. Now you have an infection which causes a chemical to cause an ingrowth of raw nerve fibers into the disc. The bacteria secrete a corrosive chemical which can destroy the structure or scaffolding inside the bone. This can cause treatment failures and a frustrating, long recovery.

Disc problems in the neck can result from the aging process, but may be from years of poor posture. Often, in degenerative conditions, problems are not noted until the situation is well advanced, as in cases often diagnosed as spondylosis of the cervical spine.

If particularly insidious, a cervical herniated disc may need the attention of a good surgeon. Usually, anti-inflammatory medications and other forms of therapy help to get past the initial inflammatory condition, which is dependent on the pressure the disc is placing on sensitive nerve structures. These structures may include the root of the nerve, called radiculopathy and/or involvement of the spinal cord, which is called cervical myelopathy. In fact, cord signal changes visible on MRI are associated with poor recovery.

The picture on the left shows what happens when the disc is stimulated, imitating a cervical disc herniation, and detailing the areas of pain that it refers to at each spinal level. This pain can be produced by the disc itself, without typical pinching of the nerve. The image above (right) shows the types and stages of a neck herniated disc – Bulging, Protrusion and Extrusion. 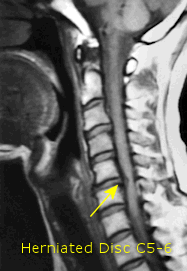 In the example of the MRI picture, the C5-C6 disc is herniated leaving an impression on the spinal cord which may cause myelopathy. The nerve involved would be the C6 nerve. The C6-C7 disc may cause pressure on the C7 nerve root which may cause chest pain in addition to arm pain. This is often called “cervical angina” or “pseudoangina” and can be quite frightening.

It may be precipitated by fatigue, incorrect posture or movement of the involved segments and is often dull and aching in character and punctuated by brief sharp twinges of pain. It may be intensified by coughing and sneezing, and the pain may last for hours. Relief may be obtained through rest, analgesics, postural change, manual treatment, local heat or cold.

A herniated disc may produce classic signs of pain, numbness and/or tingling in the arm, as the pain is referred from the disc pressing on the nerve. This produces a typical pattern of symptoms called a dermatome.

For a technical note on the nerves as related to the level involved in a neck herniated disc:

A C4-C5 disc herniation will compress the C5 nerve root

A C5-C6 disc herniation will compress the C6 nerve root

A C6-C7 disc herniation will compress the C7 nerve root

A C7-T1 disc herniation will compress the C8 nerve root

A T1-T2 disc herniation will compress the T1 nerve root.

Injuries to the disc may evoke pain by the activation of sensory nerve fibers. Injury of the annulus (outer part of the disc) can lead to release of significant amounts of inflammatory chemicals that may in turn irritate or sensitize the disc and adjacent structures in the spinal canal and intervertebral foramina (holes through which the nerves exit). Inflammatory and immunological reaction to neck herniated disc material is well recognized as a pain generating mechanism.

The shoulder abduction test is often used to test for compression on a nerve. The pain of a herniated disc may be relieved by placing the hand of the affected side on top of the head. In some instances it may increase the pain depending on how the neck disc is herniated and places pressure on the nerve. A disc may herniate medially (inside), in which case the shoulder abduction test will cause relief while the pain is made worse when the arm hangs or is tractioned downward. In a laterally (outer) herniated disc, the pain is made worse when placing the hand on the head and relief is obtained by hanging or tractioning the arm downward.

What To Do For A Cervical Disc Herniation

In general, a herniated disc in the neck will eventually heal. The material outside the disc will dissolve, shrinking with time and release any pressure from the nerve. Possible complications resulting from a neck herniated disc are compromised biomechanical aspects, disrupting proper motion which results in altered nutrition and removal of waste, leading to an advanced degenerative condition. This can also effect the surrounding joints leading to a painful facet joint syndrome. You should seek the advice of a heath care professional for treatment for a neck herniated disc.

An orthopedic and neurological examination, along with a good history is usually enough to determine if a herniated disc is present, however, a plain radiographic x-ray does not show the disc – only the disc space. To get a picture of the disc itself and the extent of the protruding, including which structures it may be affecting, you will need an MRI.

Again, surgery may be necessary if the herniated disc is causing enough pressure on the spinal cord or if attempts at conservative treatment fail, without resolution of pain. If there are modic 1 changes visible, antibiotics may be necessary and seeking someone who is certified in Modic Antibiotic Spinal Therapy is advised. I am certified in this form of therapy and will be glad to communicate regarding this should you contact us. If you have an infected disc after a herniation, nothing will help other than destroying the bacteria. It is like a termite infestation in your home. Damage will result. You can patch it up (surgery) or paint over it (therapy), but until you get rid of the termites, the damage will continue.

For conservative management of a cervical herniated disc, it is important to restore proper motion as soon as possible. To help relax muscles and sooth nerves heat applications may help. To ease nerve pain, a tens therapy is a form of electrical stimulation that can help reduce dependency and side effects of medication. At the appropriate time in recover, specific neck exercises can be help restore function and provide relief of pain, as well as help strengthen the area to prevent further damage. To relieve pressure from a compressed disc, neck traction devices may help by separating the joints and can also provide stimulation for normal disc function. Manual therapy techniques including mobilization and gentle chiropractic adjustments can also help provide relief and help to restore normal biomechanics.

A study in the 2013 Global Spine Journal indicated that adults that underwent spine surgery were deficient in vitamin D, showing a relationship between low levels of vitamin D and a herniated disc in the neck. Vitamin D is obtained mostly by exposure to sunlight, which accounts for 80 to 90%, and 10 to 20% from nutritional intake. Therefore, getting more exposure to sunlight and supplementation of vitamin D may be a therapeutic measure in preventing a neck herniated disc.

A 2021 study in Health and Quality of life Outcomes found that individuals undergoing surgical cervical discectomy used foot massage which was effective in alleviating pain and anxiety, while improving quality of life. This can be a good tool for helping those with disc pain.