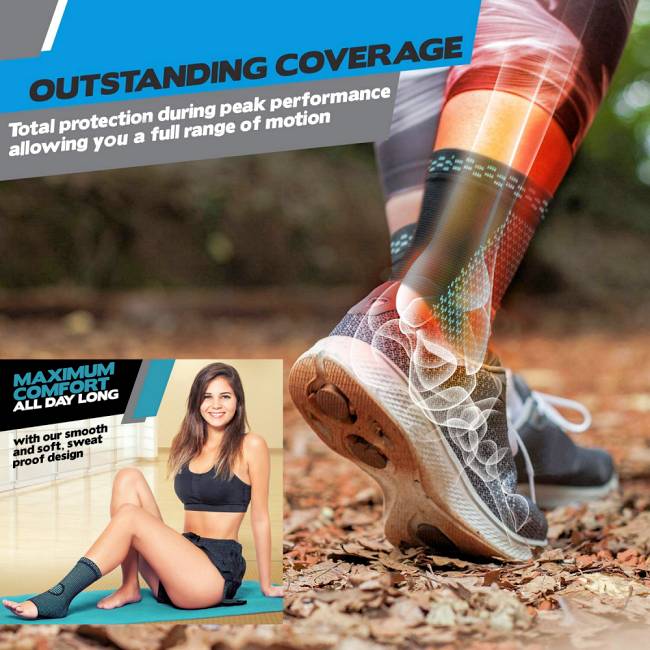 Chronic ankle instability (CAI), is a condition of the foot that often persists after an initial ankle sprain. Many turn to ankle supports for help. The condition is described as self reported disability, recurrent ankle injury, reduced activity levels, and sensorimotor deficits or integration of the sensory and motor systems.

The causes can be varied, including altered gait mechanics after the initial sprain. Patients with instability have a more inverted foot position and decreased foot to floor clearance during walking and jogging, with a more lateral or outside foot positioning and loading pattern during barefoot running, center of pressure during side shifting.

The inconsistency of foot positioning and faulty gait patterns may increase the risk of further ankle injury. It only takes only an instant for an unstable ankle joint to exceed its safe ligament and tendon functional limits to be re-injured. Ankle supports to increase stability may help. 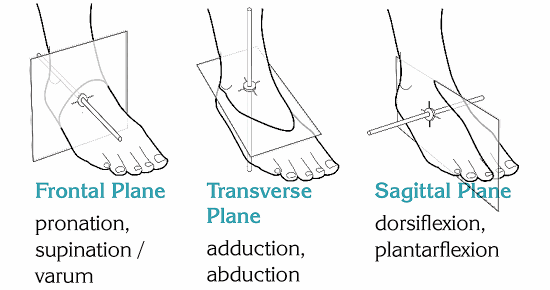 According to a 2003 study in the British Journal of Sports Medicine, higher injury rates and severity have been seen toward the end of soccer practices and games, indicating increased fatigue of the neuromuscular-control system. Nearly half of all ankle sprains in soccer happened during the last third of each half of matches. Fatigue during sustained athletic activity is considered an important risk factor for ankle sprain.

A 2004 study in the Journal of Athletic Training found dynamic postural control was disrupted in patients with chronic ankle instability compared with controls after a fatiguing lunge protocol and found this was amplified by fatigue.

A 2009 study in Clinical Biomechanics assessed variation in movement in those with functional ankle instability during a stop/jump maneuver. The participants showed greater variation in ankle motion in the frontal plane movement than those who had sprained their ankles only once.

They exhibited less consistent positioning of the foot in the frontal plane during this dynamic task. The authors indicate, if this variability is unable to be controlled or too great, individuals may exceed the limits of safe movement patterns, leading to further injury.

A 2019 study in Foot & Ankle Surgery found those with instability had a weakness of the peroneal muscles at the side of the ankle.

Ankle supports should be part of the solution. Strengthening appropriate muscles and proper healing during the initial stage of injury are important in prevention. Also, checking the knee as the next in the kinetic chain.

Ankle braces are used for minor injuries as well as chronic instability. Instability can be mechanical and usually related to ligament laxity, and functional related to posture defects or tendon and muscle adjustments. 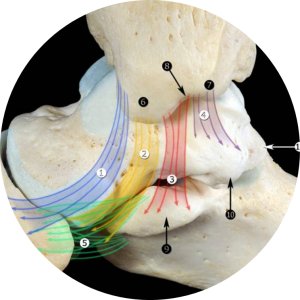 Biomechanics of the ankle are complex and not reduced to simple up and down movements. There is a combination of the particular joint surfaces and a multiaxial ligament system, as well as arthritis. Ligament stability relies on the organization of the lateral collateral ligament and subtalar ligaments, the cervical and the talocalcaneal interosseous ligament.

Injury mechanisms are mainly responsible for ligament lesions and the most frequent is inversion or a typical ankle strain. In chronic instability, there can be impingement, bone and cartilage lesions, and fibular tendon pathology, which can play a role in the instability syndrome. To help with instability, minor or chronic, ankle braces can help provide relief.

Ligament lesions determine laxity or loosening, which is characteristic of mechanical instability. Functional instability goes along with proprioceptive deficiency. This is stimulations produced and perceived within the ankle, particularly those connected with position and movement. There are postural factors as well, such as varus of the hindfoot that favors instability.

Assessment and treatment adapted to the instability which considers these factors are crucial. To assist in stabilizing, ankle braces are often employed along with rest and ice. Stabilization braces are crucial after surgery. Joint motion parameters results from a structure and organization of joint surfaces and a very specific multiaxial ligament system.

A 2021 study in Gait & Posture found that balance impairments and decreased balance confidence were associated with symptomatic radiographic ankle osteoarthritis and balance deficits may be related to symptoms, rather than radiographic evidence of disease.

A 2021 study in Osteoarthritis and Cartilage Open found that ankle pain with and without foot pain were associated with increased odds of symptomatic radiographic knee osteoarthritis and frequent knee pain more so than foot pain alone.