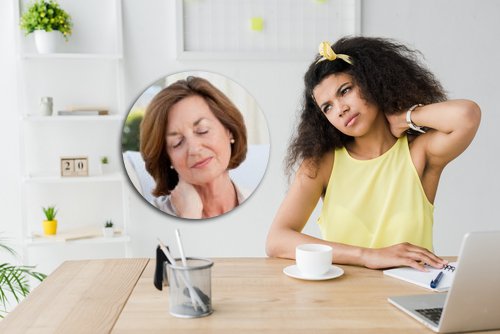 Why Do Women Suffer More Neck Pain Than Men?

Neck pain is increasingly getting noticed in today’s society and women are at the forefront of this annoyance. We do not know exactly why women suffer neck pain more than men, however, there are some theories. The tendency for women to experience neck pain in significantly higher numbers than men indicate the importance of proper knowledge in attempts at relief and prevention. 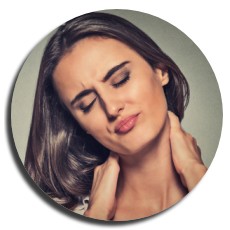 Genetic factors have an important influence on neck pain reporting in women. These factors include the genetic determinants of structural degeneration commonly known as neck arthritis and an individuals inherited tendency toward psychological distress which necessitates further methods of coping with neck pain.

Women tend to report more tension neck syndrome, cervicogenic – neck related headaches and tension headaches. Interestingly, women also report more dizziness, vertigo and motion sickness, which may also be related to the neck. In the case of tension sensitive women, mental stress decreases blood circulation around the neck and shoulder muscles like the trapezius, which may result in stiffness.

Studies have shown that women developing trapezius muscle pain problems had higher muscle activity during breaks at work but not during actual work. There is a sustained low-level muscle activity which seems to be a risk factor for muscular pain. Similar findings have found that women cashiers suffering from trapezius myalgia had much less muscle rest during work, compared to cashiers without neck and shoulder pain. Furthermore, cashiers reporting distress at work had elevated electrical muscle activity compared to cashiers reporting more positive reactions at work.

Oddly enough, this study indicated that men are more susceptible to neck stiffness from stress related conditions and that women had more of a physical related condition. Nonetheless, it is established that psychological stress including depression, anxiety and factors related to working conditions can have a significant impact on musculoskeletal pain. 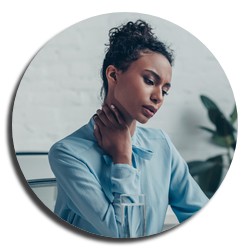 Another proposed explanation of the higher incidence of neck pain found among women could be that women more often have jobs characterized by static load as in computer operators and monotonous and repetitive tasks, and are more often exposed to additional stress from unpaid work (such as, housekeeping and child care).

Additionally, one cannot ignore how hormones such as estrogen and testosterone affect the central nervous system, which is responsible for perceiving and transmitting the sensation of pain. This is one reason why conditions such as neck pain and headaches strike women at higher rates than men.

Our physical differences also matter. We’ve begun to grasp that women have a different neck architecture than men. This can pressure joints, muscles, and bones in very different ways than in men. Women are more likely to sustain a whiplash neck injury than men and are also less likely to recover. Studies have shown that the spinal canal in women are significantly narrower that in men which allows for less room for error during injuries.

There is a greater instance of neck instability in women who have sustained neck injuries, especially in the middle of the neck which can refer pain to the shoulders. Women also have less cartilage in the back portions of the neck joints providing less cushioning which may lead to increased injury damage causing a neck facet syndrome.

Whatever the reason(s) for a higher incidence of neck pain in women, it is important for women to use proper posture modification during work, leisure and rest. Current research indicates exercise is important not only in attempts at neck pain relief, but also to maintain the benefits. Stress reduction is very important both at work and home, so try to resolve issues and not let them linger.

Another important aspect for women is to prevent neck injury, especially in auto accidents causing whiplash. Because women are usually shorter than men, they may drive up closer to the steering wheel and have the back of the seat more upright, it is important that you adjust the seat and headrest properly in order to avoid excessive forces during a rear impact in a whiplash neck injury.