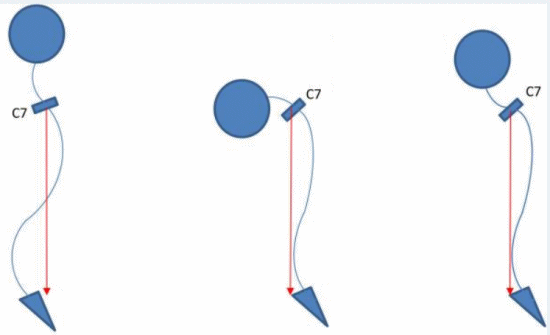 Head Posture – Keeping The Head Up

Keeping the head up in the correct head posture has become a challenge in today’s society of smartphones and for many reasons. The head out of position can range from altered mechanics resulting in a forward head position to complete loss of control causing dropped head syndrome. 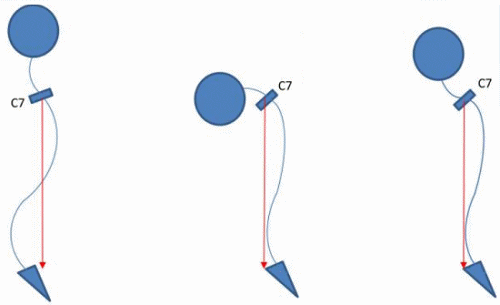 One of the most important aspects is proper muscle strength. Since the head weighs approximately 10-12 pounds a degree of strength is required to hold the head up. Physics tells us that for each inch the head is held forward, the increase in the effective mechanical weight of on the spine increases by an additional 10-12 pounds, causing the head to feel heavier and more difficult to maintain an upright posture.

Strength must be combined with proper muscle control. Considering the head is like a bowling ball on top of the cervical spine, the balance between flexor and extensor muscle groups is important. Those with abnormal muscle tone become challenged in this task.

The brain automatically is equipped with a sense of correct head posture due to continual sensory input. If off balance, the body will seek to maintain this upright head position. This is combines vision, vestibular (inner ear), and proprioceptive input (unconscious perception of spatial orientation from stimuli within the body). If sensory input is disturbed, the position head position can be affected.

Because of poor general posture and conditions of the neck, the head can respond to this and complicate conditions by placing additional gravitational pressure of sensitive and already compromised structures. One may find that even a simple muscle strain in the neck makes it more difficult to control the head.

This head posture shortens the sternoclenoidomastoid and scalenus muscles but lengthens the levator scapulae and semispinalis capitis muscles and accelerates activity of the upper cervical neck extensors. The activity upper and lower trapezius increase as well with this posture and is intimately related to neck posture.

Problems associated with proprioception dysfunction, repositioning sense, dizziness, coordination, balance and others affected. The rounded shoulders are affected because the neck muscles are connected with fascia to the trunk. Following this kinetic chain there can also be problems with the upper back and even pelvic tilt.

As indicated in a 2018 study in PLoS One head positioning can also be a response to pain, most notably the head down position and can be assessed regarding related behavior especially in nonverbal individuals such as patients with dementia infants.

More difficult conditions include ALS, Parkinson’s, Neck Muscle Degeneration, Radiation Fibrosis and other involve disease conditions of a progressive nature that mainly cause dropped head syndrome. This requires specific attention and products that may be needed to help support the head in an upright position.

There are some supports that can be used for those who are ambulatory or can move around, while others are restricted to a wheelchair. Lack of head control is often related to decreased neck strength or paralysis. The resulting head postures may be caused by:

It is crucial to identify the cause(s) of poor head positioning prior to choosing the best interventions. There are many benefits to correcting head posture in these conditions to optimize swallowing and breathing as well as social interaction.

Failure to correct often leads to a reduced quality of life

Many conditions can be progressive posing many challenges, like ALS. To mitigate the adverse effects comfortable supports are essential. However, often comfort is often sacrificed to achieve multiple clinical objectives. Headrests for wheelchair users can be a challenge. Fortunately, headrests like the Savant are state of the art and can address axial weakness that progresses to a point where the user has difficulty holding the head against gravity. It also addresses weakness that is not symmetrical, with a head to deviation to one side.

The more it progresses, the greater the impact on quality of life. In most cases, we do not know if asymmetry will be a problem at the time we prescribe an ALS power chair. As loss of anti-gravity movement progresses axial weakness causes the head and trunk control to deteriorate, thus affecting seating and head positioning. Thus, the importance of adjusting the support directly and associated headrest hardware.

It is also interesting to see the psychological aspects that correcting posture provides. This can go beyond basic pain relief and control assistance, contributing to overall well being.

A 2020 study in PLoS Computational Biology notes that head posture is characterized by a dropping of the head when receiving negative messages and a raising of the chin when hearing positive messages. An example is a lowering of the head associated with emotions like embarrassment or shame, while raising the head is linked to expressions of pride.

A 2021 study in the Journal of Clinical Neuroscience found that a short and intensive rehabilitation program (SHAiR) in patients with dropped head syndrome showed a significant increase in head angle and walking stride length by modifying malalignment of the head and neck and spatiotemporal parameters during level walking.