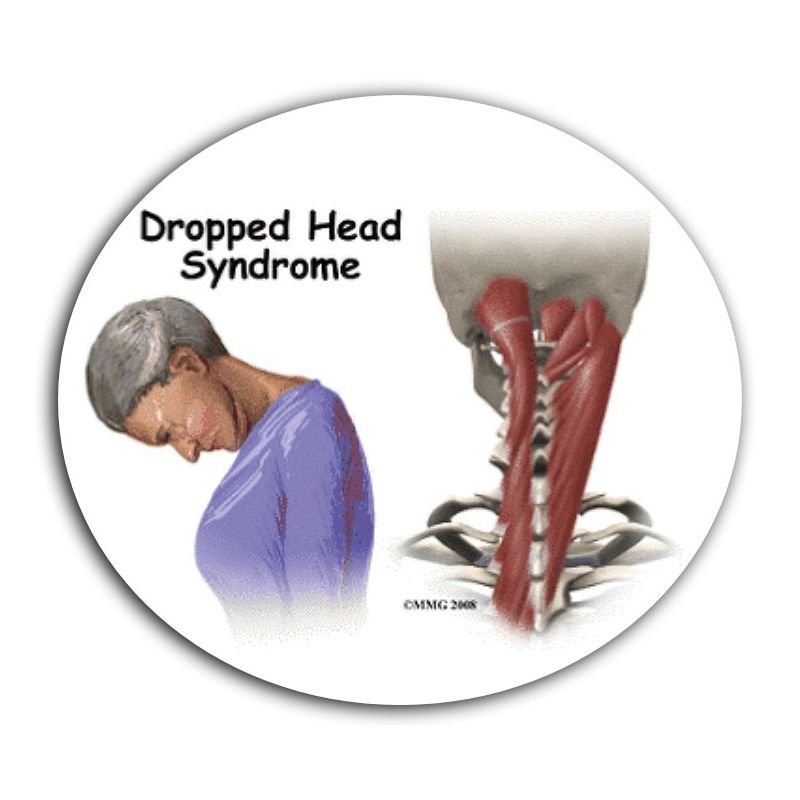 Isolated neck extensor myopathy (INEM) is the most common cause of dropped head syndrome. This is largely due to neck extensor muscle weakness or atrophy of unknown origin (idiopathic). A major component of this is a non-inflammatory neck muscle degeneration.

The condition is often seen with aging and is called sarcopenia, a loss of muscle mass and function seen mostly in up to 13% of older adults, 60-70 years of age. The muscle degeneration may extend to upper arm and shoulder blade weakness, but do not extend to other body parts.

This results in the classic dropped head syndrome, which is often associated with a group of disorders that display a typical chin on chest posture, such as amyotrophic lateral sclerosis, multiple system atrophy, Parkinson disease, and other neuromuscular disorders. 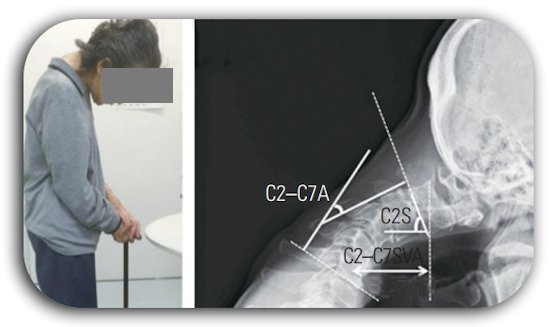 Age related neck muscle degeneration seen with sarcopenia can result in drop head with a decreased quality of life from forward gaze restriction, difficulty in ambulation, problems eating, and neck pain. Sarcopenia syndrome displays a systematic and progressive and systemic skeletal muscle mass reduction, leaving individuals at higher risk of injury from falls and will most likely increase in prevalence in an aging society. It was classified as an independent disease in 2016.

Sarcopenia is believed to be a result of inactivity; although, the precise mechanism is not quite clear. The method of evaluating neck muscle degeneration in dropped head syndrome has been local MRI examination.

Pentosidine has been implicated in uremia and diabetes complications, including inflammation, joint pain, eye and kidney problems. There was also elevated serum homocysteine levels associated with dropped head syndrome which interferes with collagen, reduces bone strength, and increases pentosidine, which is also increased in aging.

In the study, sarcopenia was evident in 77% of dropped head patients compared to 22% without. The authors indicate that sarcopenia may be involved in causing drop head syndrome. Urinary and serum pentosidine, and serum homocysteine levels were significantly higher in those with dropped head syndrome. Additionally, high serum pentosidine was associated with the severity of drop head in older women, indicating a direct relationship as well as an easier, more cost efficient method of diagnosis.

Supports Can Help The Effects Of Neck Muscle Degeneration

While head support braces and collars can be used to manage acute neck muscle degeneration symptoms, treatment is focused on exercise to strengthen muscles, especially the neck extensors. This may require the supervision of an experienced therapist.

The authors concluded, “Therefore, we recommend muscle strengthening exercises to prevent fat infiltration of cervical extensor muscles, which could also be effective for relief of neck pain as well as maintenance of cervical lordosis.”