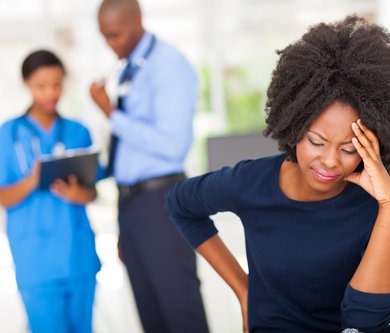 Failed Neck Surgery Is An Increasing Cause Of Mechanical Neck Pain. 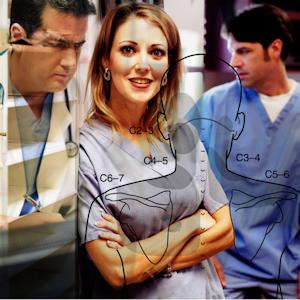 Failed neck surgery can result from any operation, however, fusion is traditionally considered as solid bony union in spinal surgery. Surgical spinal fusion was introduced for providing mechanical support to vertebrae affected by tuberculosis and for treating progression of scoliosis.

The creation of adequate fusion is of significant interest to spinal surgeons, because unsuccessful fusions result in failed neck surgery with possible significant neck pain and suffering and often require re-operations. Mostly, the overall outcome of neck surgery depends upon a solid fusion between the selected spinal bones.

Poor neck surgery technique and other factors, such as smoking, steroid medication and failure of the patient to comply with instructions after surgery are some of the reasons that lead to a non-union of structures. Most cases of neck surgery form a union and become stable, thus requiring no further surgery to revise the situation. On occasion, enough movement will be present at the area of non-union that mechanical or axial pain will be present.

A non-union after surgery forms what is called a pseudoarthrosis and is most often seen with neck surgery performed through the front of the neck in a procedure called an anterior cervical discectomy and fusion, which is a common surgical procedure. With the use of new instrumentation and plates called ventral cervical plates, the rate of non-union or failure to fuse has decreased.

Where there is non-union or pseudoarthrosis from failure to fuse, there can be a collapse of the structures which places the nerves under pressure as the foramen or opening for the nerve through the bones becomes narrowed. In these cases, the patient may have radiculopathy or pinched nerve along with mechanical neck pain from failed neck surgery.

According to a 2004 report in the New England journal of Medicine, “Spinal-Fusion Surgery — The Case for Restraint”, spinal-fusion surgery is expensive, with the average hospital bill more than $34,000, excluding professional fees. A 2004 Cochrane systematic review reported the results of 14 studies that evaluated three comparisons of different fusion techniques for cervical degenerative disc disease and concluded that discectomy alone has a shorter operation time, hospital stay, and post-operative absence from work than discectomy with fusion with no statistical difference for pain relief and rate of fusion.

A 2020 study in the Journal of Orthopaedic Research found adjacent segment degeneration after discetomy and fusion is a common problem that complicates neck surgery. Degeneration of the segment next to surgery can cause ongoing problems and the study indicated those at risk showed deep neck muscle factors. This shows the importance of neck muscle conditioning in maintaining cervical spine health.

This is similar to an earlier 2016 study in the Spine Journal, which also found the paraspinal muscle condition to be a factor in degeneration after fusion surgery in the lumbar spine. This study also found higher BMI, facet degeneration and disc degeneration to additionally be significant risk factors.

For failed neck surgery, CT scanning is the most useful radiographic technique for evaluation as it gives the best bony detail. X-rays can help determine the extent of instability contributing to mechanical neck pain. Dealing with it is really a topic for surgeons, however, you can follow some of the same principles presented in managing whiplash.

The next part focuses on Rheumatoid Neck Disorders, which can cause mechanical neck pain.