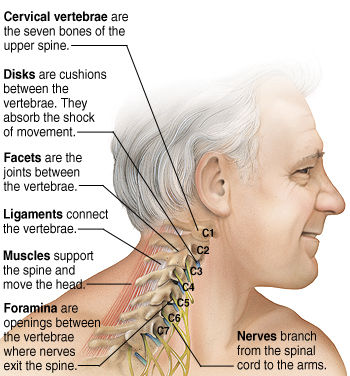 Neck problems over a period of time can cause difficulty in your daily activities. Often a result of neglected posture problems, degenerative disc disease or improper healing of a neck injury, may cause a myriad of problems related to activities of daily living. 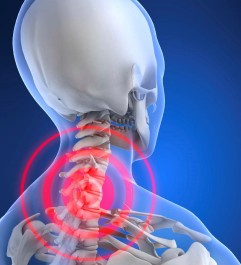 Most often, problems associated with the cervical spine may cause pain levels from mild to moderate or severe which may or may not include pins and needles or numbness in the arms which may last from less than one hour to all day. This may result in poor or disturbed sleep, problems with carrying objects, housework, working, social activities and driving.

A good way to determine the extent of your problems and how it affects your life and if it is getting better, worse or staying the same is to monitor it with a online neck pain symptoms questionnaire.

An often overlooked result of chronic or long standing neck issues is depression. It is common in cases where patients are to non-responsive to many neck pain treatments and their lives are affected as described above. Often one can become trapped in a cycle of pain, stress and depression so it is important to approach difficult problems from all three areas.

My cervical spine issues are long standing and result from damage, neglect and improper treatment. As a young boy, my first injury was when I was riding my bike down the sidewalk and someone opened a gate which I hit. The bike flipped and I landed on my chin. I received stitches for the cut but the real damage was a hyperextension injury to my neck and damage to the joints in my jaw.

Later in High School, while playing football, I received a spinal compression injury to my neck from an improper tackle. I received no treatment. I began to have TMJ dysfunction and was treated by a Dentist by spending hours in a chair having my teeth drilled to reshape the bite, with no results.

While still in high school, I was involved in three auto accidents with all of them being totaled. Some bruises and cuts, but no overt problems.

Finally, while in my pre-professional studies, I saw a Chiropractor, under care I noticed that my TMJ problems were improving, additionally, my hayfever, which I had my entire life, went away. I was so impressed with the results that I decided to become a Chiropractor.

In Chiropractic College, hours of studying in poorly designed seats and desks along with many experimental neck adjustments from other students would not help the problems I would later experience. Neither would years of martial arts including repeated mild concussions.

Over the years I have had two herniated discs; one very severe, and one protruded disc including advanced degenerative arthritis. I have been to Orthopedists and have confirmed radiograph and MRI findings. Although these issues have modified my life and abilities, I have been able to avoid neck surgery so far with the techniques and products described here at NeckSolutions for neck problems.