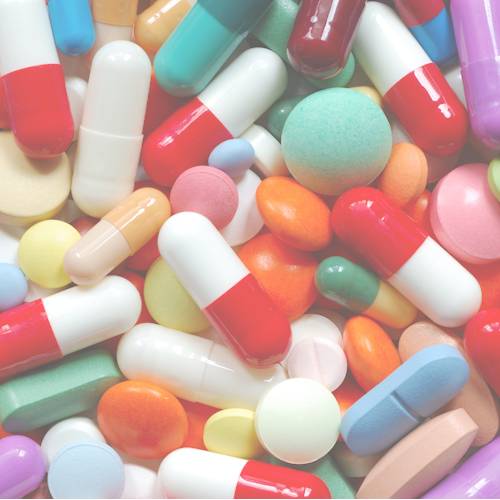 Neck Pain Medications Are Common To Many Conditions 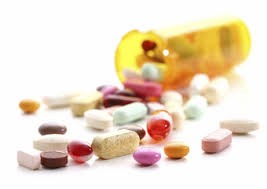 NSAIDs such as aspirin, ibuprofen, and naproxen, are commonly employed in treatments for neck pain and radiating or radicular neck pain. These neck pain medications are used due to the combination analgesic effects and the ability to decrease inflammation. While studies in the use of neck pain are lacking, research has indicated the NSAID diclofenac provided superior results when compared with acetaminophen for individuals suffering from severe knee or hip osteoarthritis.

For those using these types of neck pain medications on a long term basis, especially the older population, caution needs to be taken with regards to stomach, kidney and heart problems due to toxic reactions to NSAIDs. More recent types of NSAIDs selectively inhibit COX-2 (cyclo-oxygenase-2) like meloxicam, etodolac, and nabumetone provide benefits with lowered gastrointestinal toxicity risk, however, research indicates these COX-2 inhibiting medications pose a greater risk of heart problems, especially in high risk patients and at higher doses.

While no specific studies for NSAID use in neck pain patients can be obtained, 2 studies using NSAIDs for back pain demonstrated sufficient evidence that NSAIDs are better compared to placebo for short-term relief involving low back pain. Currently, it appears that doses of celecoxib (Celebrex®) 200 mg or less per day do not seem to increase the risk of a cardiovascular event any more than the risk associated with traditional NSAIDs. The risk of experiencing adverse events or side effects with NSAIDs increases with the duration of use and the dose. Therefore it is often recommended that you use these medications for the shortest period and at the lowest dose required to achieve therapeutic improvement.

Gastrointestinal symptoms will occur in 15 to 20% of neck pain patients individuals using NSAIDs for long periods. 2 to 4 percent will experience ulcer symptoms with 1 to 2 percent developing bleeding or preforated ulcers. Risks for these gastrointestinal problems are often seen with the elderly, using high quantities of these medications, history of ulcers, and steroid use.

Since many individuals experiencing neck pain are related to spondylosis or degenerative disc disease and middle age or elderly, risks of NSAID related stomach and kidney problems should be a consideration, especially with extended usage. In these high risk patients, the more recent NSAIDs that are COX-2 inhibitors are an option. Research indicates a 50 percent decrease for ulcers in COX-2 therapy. In those with higher risks like the elderly and those experiencing significant ulcers, NSAIDs medications should not be used and neck pain medications like non-opioid or even opioid analgesics can be considered.

The kidney risks include renal failure, hypertension as well as water and sodium retention. If there is known cardiovascular disease, particularly in those taking diuretics, NSAIDs significantly increase the risk of significant heart problems. Elderly individuals as well as those with kidney or heart problems must be monitored on a regular basis when taking NSAID neck pain medications.

Keep in mind that all medications are potentially dangerous. Based on FDA estimates, approximately 3% of NSAID users develop serious NSAID-induced gastrointestinal complications each year, resulting in 200,000 cases of bleeding or perforated ulcers and at least 10,000 deaths annually.

Analgesics may allow an increase in complying with beneficial neck exercises by providing effective pain control. Acetaminophen is usually the preferred medication regarding less severe pain due to reduced side effects compared to NSAIDs, however, recent evidence suggests an increase for risks of negative stomach related complications in the elderly using high amounts of acetaminophen.

Opioids, such as Vicodin, Percocet, Ultracet, Lortab, and morphine may help ease neck pain when other medications don’t. They can cause initial drowsiness and usually cause constipation, but stool softeners and other treatments can relieve constipation; tell healthcare provider if this is a problem. Overall, opioid medications cause fewer serious side effects than traditional NSAIDs. While they can be habit forming, they can be safely stopped by gradually lowering the dose. Addiction to these medicines is rare among older adults who don’t have a history of drug abuse.

Opioids offer potential advantages over nonopioid agents and NSAIDs. They offer more potent analgesia and no end organ toxicity; renal, hepatic (liver) or other. Nerve pain may be somewhat opioid resistant and chronic use can lead to addiction and impaired cognitive function.

A recent article published in the Journal of Rheumatology, 26:862-860, 1999 indicated significant reduction of pain intensity and improved quality of sleep with oxycodone and acetaminophen with individuals having arthritis, 49 percent with the neck or back being the main source of pain. Further studies are needed, however, the 2002 American Geriatric Society guidelines suggests opioid medications for selected patients with moderate to severe persistent pain.

For higher levels of neck pain, opioids may be an option for those individuals having severe degenerative conditions, not responsive to non-opioid or other physical therapies. Elderly individuals posing risks for NSAID side effects might be less likely to abuse opioid medications. Individuals with myelopathy or radiculopathy, where pain does not allow active exercise or who are not candidates for surgery may benefit from a brief period using opioid medications.

If there is significant depression or history of addictions, opioid use is contraindicated in chronic cases, medications that slowly are released during 12-24 hours should be considered.

Using opioid neck pain medications require justification by documenting effective control of pain as well as functional improvements. Lack of improvement or function would indicate opioids are not appropriate and need to be terminated.

Recently, there is controversy over opioids due to a misleading merging of prescription use with street drugs use like heroin. This has caused a plethora of political solutions based on falsified data. The resulting “epidemic” has led to millions being spent on unproven procedures to curb prescription use, while rampant, illegal street use remains the problem.

This may lead to stigmatizing reasonable opioid use, while street use is given lip service. This may certainly cause an increase in illegal use as legal prescription users face oppressive procedures and more costly expenditures in both time and money, unproven to provide benefit. Solutions to the manufactured crisis will not abate by throwing taxpayer money at it, and it certainly reeks of fraud and corruption.

In the meantime, you must go to a pain specialist and submit to monthly visits and drug testing. Consult your primary doctor for a referral. Some will have to wait months without their medication due to this. The costs of extra office visits and transportation will have to be absorbed. This, as well as unintended consequences of eating a poppy seed bagel and testing positive, thus being permanently denied medication, can only lead to increased suffering and reliance on more illicit or ineffective methods.

Muscle relaxants, such as soma, flexeril, valium, zanaflex may be used for individuals suffering neck pain for reactive paraspinal (muscles surrounding the neck) spasms and trapezius muscle spasm found associated with neck pain. Some muscle relaxants that are centrally active, like tizanidine, carisoprodol, cyclobenzaprine, and baclofen produce sedation that can potentially improve sleeping problems due to pain.

Negative reactions are noted in as much as 60 percent of individuals taking muscle relaxants, most commonly, a sedative effect and mouth dryness. There is a diminishing effect with some muscle relaxants; the longer you take it, the less effective it becomes and also a risk of habituation.

Adjuvant analgesics are medications originally used to treat conditions other than pain but now also used to help relieve specific pain problems; examples include some antidepressants and anticonvulsants.

With certain individuals suffering persistent neck pain and/or radiating pain, antidepressants may prove beneficial. They may be therapeutic because of their antidepressant effects or related to their chemical effects regarding serotonin and norepinephrine. Although no direct scientific studies regarding their use in managing neck pain exists to date, studies involving lower back pain suggest decreases in pain as well as some functional status gains.

Tricyclic type antidepressant medications are contraindicated with individuals suffering from heart problems, especially older individuals. A sedative effect is most notable using trazodone, doxepin and amitriptyline and these are appropriate for sleep difficulties.

A 2021 study in Pain Research Management found that 10 mg of amitriptyline at bedtime significantly reduced neck pain intensity, sleep disturbance, anxiety and depression compared to a lower dose 5 mg in patients with idiopathic and non-traumatic chronic neck pain after 120 days of treatment. There were no significant difference between the two doses regarding side effects.

Anticonvulsant drugs, such as Neurontin (gabapentin) and Lyrica (pregabalin) are known to ease nerve related pain from diabetic neuropathy and are used for radiating neck pain in radiculopathy (pinched nerve). The studies in patients suffering from diabetic related neuropathy also indicates improvements in quality of living and sleep using with gabapentin. The most common adverse effects experienced by about 25% of these patients were dizziness or sleepiness.

No trials with gabapentin and neck pain have been indicated, however, more recent anticonvulsant medications for treating nerve related pain are oxcarbazepine and tiagabine.

With some individuals having significant radiating nerve pain which are non responsive to NSAID medications, corticosteroid medications may be used regarding their significant effects for the reduction of inflammation. Usually, prednisone or methylprednisolone is used in reduced frequency from 1-2 weeks. This can be in the form of a Medrol Dose Pack. Possible side effects include steroid psychosis, peptic ulcer, congestive heart failure, osteoporosis, dyspepsia, mood swings, insomnia and hypertension.

For more information regarding persistent pain management, visit these organizations; The American Chronic Pain Association, The American Pain Society, and The Arthritis Foundation