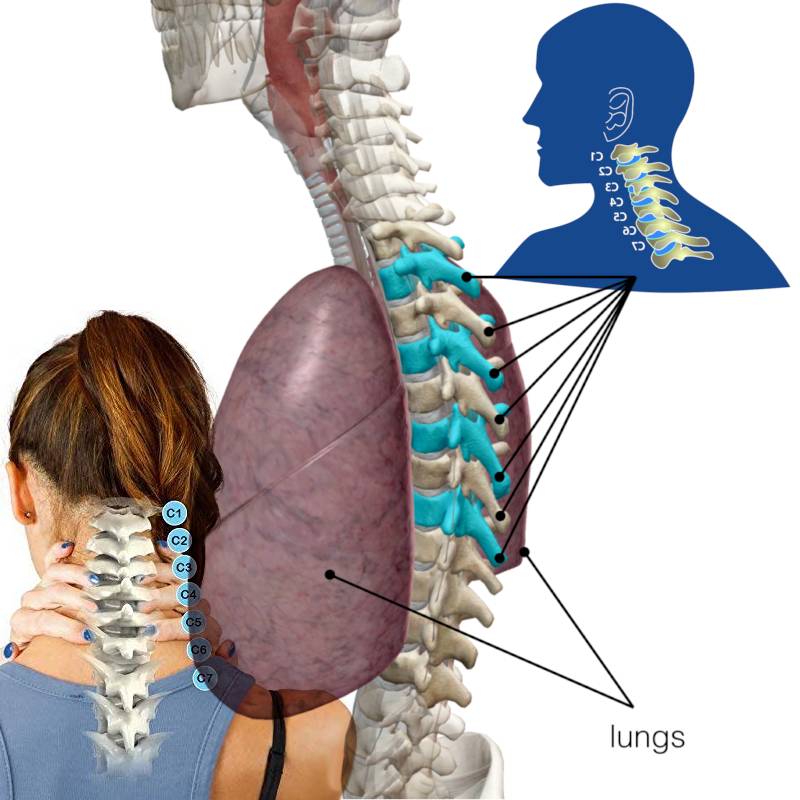 Chronic neck pain is a frequent musculoskeletal complaint and can lead to adaptive changes in neck region and related structures associated with breathing. Although neck pain is predominantly considered and treated in clinical practice as a neuromusculoskeletal problem, there is a close anatomical connection of the neck region with the thoracic spine which have led some researchers to believe that neck pain may lead to associated changes in thoracic spine and rib cage and consequential changes in breathing function. Let’s look into some factors involved with neck pain and breathing problems.

Neck studies have shown that muscle strength and endurance, mobility, head posture and proprioception are all affected in patients with chronic neck pain, whereas abnormal psychological states such as anxiety, depression, kinesiophobia and catastrophizing may also be present in coping with neck pain. It has been recently theorized that all of these can have their own contribution for the development of breathing problems. Changes in neck mobility, head posture and dysfunction of the local and related muscle systems are believed to lead to changes in curves, muscle imbalances and segmental instability which may affect the function of thoracic cage and rib cage mechanics related to breathing dysfunction. 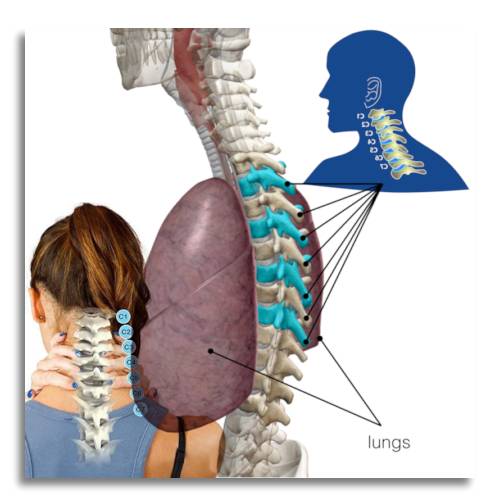 This dysfunction might be more apparent during inspiration as the common muscles of the neck region and respiration (sternocleidomastoid, scaleni and trapezius) are all inspiratory in function. The existence of psychological factors such as kinesiophobia (fear of movement) might also lead to movement avoidance further contributing to the dysfunction of neck muscles and consequentially to the potential changes in rib cage mechanics, associated neck pain and breathing problems..

Patients with chronic neck pain are found to have reduced performance of their global and local muscles. Dysfunction of these muscles is believed to lead to reduced breathing performance mainly because of a) the common function of sternocleidomastoid, trapezius and scaleni muscles on neck movement and breathing inspiration, b) changes in curves and muscles imbalances, c) segmental instability of the neck which might be also observed in thoracic spine because of muscles such as longus colli which attach in both areas and d) impairment of neck proprioceptors making it more difficult for to find the optimal alignment of the spine. These changes may lead to adapted patterns of rib cage relationships of the associated breathing muscles leading to alteration of contraction patterns. These mechanical changes of breathing muscles may lead to a permanent breathing weakness.

The existence of psychological states seems to play an additional role contributing to this breathing weakness. Kinesiophobia may directly lead to reduced breathing strength due to poorer performance during the pulmonary function testing. However, its role seems to be rather indirect through a further deconditioning of the neck muscles because of prolonged neck movement avoidance. Limited neck movement can lead to deconditioning of neck muscles and adaptive changes further affecting muscles and breathing function.

Pain intensity and disability are correlated only with expiration. If the breathing weakness observed in patients with neck pain was mostly dependent on the common function of sternocleidomastoid, scaleni and trapezius in neck movement and breathing, inspiration would be expected to have a stronger association with this breathing weakness. Respiratory muscle weakness in patients with chronic neck pain cannot be mainly attributed to the common function of these muscles on both neck movement and inspiration and this breathing weakness is a multidimensional dysfunction related to a combination of biomechanical and psychological mechanisms of other neck pain problems.

Breathing weakness of patients with chronic neck pain cannot be considered as pathological, but there is an obvious dysfunction of breathing muscles which may need clinical attention. 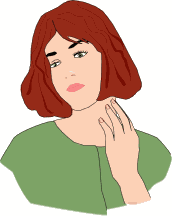 Chronic neck pain does not seem to be a condition related only with neuromusculoskeletal and psychological problems, but it appears to have more dimensions. Breathing function of patients with chronic neck pain can be also affected as they present with weakness of their respiratory muscles. Neck muscle dysfunction, biomechanics and psychological influences appear to be the factors that are mostly associated with neck pain and breathing problems.