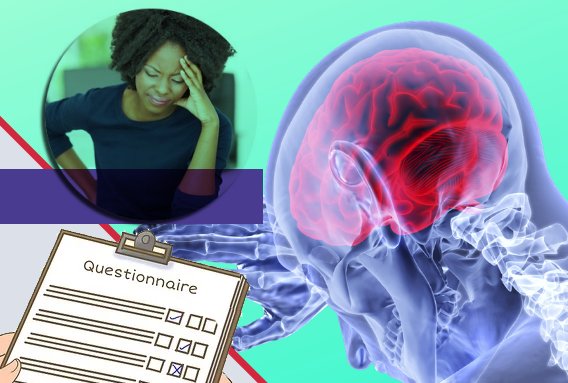 Higher scores in the central sensitization quiz are associated with a higher degree of self-reported symptomology. 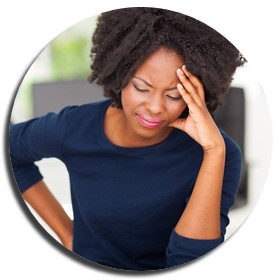 The quiz can help as a screening guide to help identify patients with a central sensitivity syndrome. It was found to have high reliability and validity. These factors can be causative, contributory or both. This can often explain ongoing or chronic symptoms with or without a specific pain generator identified.

It is crucial to know if you have or have been diagnosed with any of the following specific diagnoses: tension headaches/migraines, irritable bowel syndrome, fibromyalgia, temporomandibular joint disorder, restless leg syndrome, chronic fatigue syndrome, multiple chemical sensitivities, depression, anxiety/panic attacks, and neck injury.

When taking the central sensitization quiz, you should remember that most chronic pain problems will show some signs of this, especially those mentioned above. It is often an easy out for failure to find a specific pain generator or can be casual in relation.

In instances of Modic 1 related back pain, for years it was considered normal, thus leading doctors to say it’s all in your head or, as we know now, central sensitization. In my situation, Modic 1 had devastating effects on my personal and professional life, however, knowing many specialists, no one could figure it out.

After years of suffering, a study came out in 2013 which delineated the problem and possible cure. By that time the disease had progressed to an extent which the cure was no longer applicable. Therefore, what was suggested to be central sensitization was really a specific pain generator that had been failed to be diagnosed in a timely manner.

The presence of CS has been demonstrated by comparing the pain thresholds to various stimuli such as pressure, electrical, cold, and heat). Objective measures include brain imaging and spinal reflex tests. It is associated with excessive sensitivity to a normally painful stimulus, pain extending beyond the area of nerve supply, and unusually prolonged pain after a stimulus has been removed, often described as tingling, numbness, throbbing, or burning.

A 2012 study in Pain Practice indicates that diagnostic testing can find explanation for 10% of persisting physical symptoms. Multiple bodily symptoms are associated with higher rates of psychopathology and are predictive of poorer treatment outcomes as well as higher health care utilization. These symptoms and complaints have traditionally been grouped into separate syndromes, such as fibromyalgia, chronic fatigue, irritable bowel, and temporomandibular joint (TMJ) disorders. Different terms have been used to group these disorders, including “Functional Syndromes”, “medically unexplained symptoms”, and “Bodily Distress Syndrome”.

They share many common features, including pain, fatigue, poor sleep, cognitive deficits, headaches, anxiety and depression, indicating they may share a common cause. The authors indicate evidence has found that Central Sensitization, involving an abnormal and intense enhancement of pain by the central nervous system, may be the common link between these disorders.

The central sensitization quiz is a screening instrument to help identify the presence of a CSS, and to alert clinicians that presenting symptoms may be related to CS to help physicians with recognition and treatment options/response.

A 2013 study in the Journal of Pain indicates other pain related disorders, often viewed as peripheral pain disorders, may also fit into the CSS family or share some degree of central sensitization. Although myofascial pain syndrome is less interrelated with other CSSs, and peripheral pain mechanisms have been implicated, reduced pain thresholds to a variety of stimuli (suggesting the presence of CS) have been identified in this populations in a number of studies.

The presence of CS, and associations with other CSSs, have also been found in other disorders in which pain is not a primary symptom, such as restless leg syndrome and post-traumatic stress disorder, which can be implicated in whiplash management.